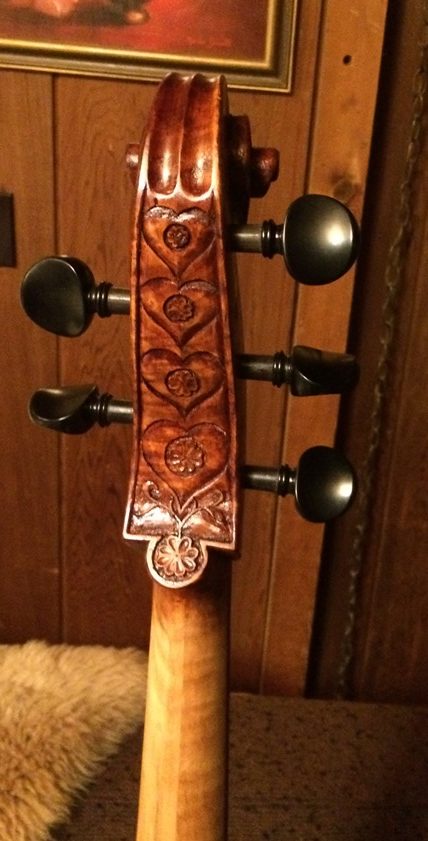 Why a Five String Cello?

You can easily observe that most Cellos have four strings: C, G, D, and A.  Relatively few makers build five-string cellos. Until recently, I only made four-string cellos. Composers already write compositions for the five-string cello, but I am not a cellist, so I  have to take the word of players. J. S. Bach wrote his cello suite #6 (for example) for a five-string cello. They tell me it is very difficult to play Suite #6 on a traditional cello of four strings.

The five-string cello virtually eliminates “thumb-position” playing, in many compositions. The player can simply go to the next higher string. In addition to that benefit, there is obviously a wider range within which to play, because of the additional string, which is a fifth higher than the normal high A: it’s a high E.

The drawback, of course, is that high E strings for cellos are not as widely available as the other strings. But they are available and are becoming increasingly common.

Here is an example:

The demand is still relatively low for 5-string cellos. Therefore, I will probably continue to make them primarily as commissioned instruments. I can make them in any size or configuration, but I don’t want to risk the many hours of labor on a “speculation” build more often than necessary.

The Violoncello da Spalla is a small cello (or huge viola, if you see it that way.) It provides an instrument to be played on the shoulder, but it is so large that it rests on the player’s right shoulder.  Most players use a neck-strap to stabilize it while playing. It is usually a five-string instrument as well. Due to its size, it has a huge, resonant sound, compared to other violas. (I am rather torn as to whether to refer to them as a “Viola da Spalla” or a “Violoncello da Spalla.”)

I build cellos of either domestic or imported woods. Some players insist on European Maple and Spruce, and I certainly have access to such woods. But, American maples and spruces provide for many fine cellos as well. Chris Dungey has principle cellists in major symphonies, playing on modern cellos which he built of American Maple and Spruce. So, I am flexible: I will build the instrument of the wood you desire, as a rule. If I think a particular wood is not suitable, I will explain why.

If you are interested in a five-string cello of any size, including the Violoncello Piccolo, and/or the Violoncello da Spalla, please feel free to call me and discuss your ideas. or, check my Chronology page for what is currently available.